Patient Ombudsman is a champion for fairness in Ontario’s healthcare system.

In our second year, we received more complaints and facilitated more resolutions to improve our healthcare system for all Ontarians.

Last year we asked Ontarians to be fearless in bringing their complaints to our office. This year we share how an Ombudsman in healthcare seeks fairness for everyone.

What to expect when you make a complaint

You can help by telling us:

We cannot help if your complaint is:

If we can can’t help, we will refer you to someone who can.

We listen to all sides to try to resolve your complaint

Some examples of resolutions are:

We make recommendations to prevent issues from happening again and again

Thank you for helping everyone in Ontario by sharing your experience

In our second year, Patient Ombudsman felt it was important to try to describe how we assess fairness, both to guide our work and to share that information with the public.

Ombudsman Saskatchewan uses a “Fairness Triangle” to describe how it achieves fair resolutions to complaints about government services. Patient Ombudsman has adapted Saskatchewan’s approach to our unique role in resolving and investigating complaints from patients and caregivers about their healthcare experiences. We worked closely with our front-line complaints team and consulted with patient and caregiver advisors, healthcare patient relations specialists and others to develop our version of the Fairness Triangle.

How was it decided?

How were people treated?

Results in our second year

Another detail on All Complaints

66 patients or caregivers made complaints about multiple health sector organizations

Another detail on All Complaints

1,723 referrals
were made to other organizations or complaint bodies

1,591 of telephone/in-person enquiries received by telephone or in person
An 11% increase over year one

Another detail on Telephone/In-Person Enquiries

109 patients and caregivers initially made a telephone enquiry, and followed it up with a written complaint

Another detail on Telephone/In-Person Enquiries

710 formal written complaints received
A 28% increase over year one

About 95 organizations outside Patient Ombudsman's jurisdiction

75% of written complaints were resolved within 105 days

Another Detail on Early Resolution and Investigations

What did patients and caregivers complain about?

As in our first year, the majority of complaints related to patient and caregiver experiences with public hospitals. This doesn’t mean that Ontarians are more unhappy about hospital-based care than other services. More people have interactions with hospitals than with long-term care homes or LHIN home and community care. For the latter two services, there are other ways to escalate complaints beyond the health service organization, including the Ministry of Health and Long-Term Care’s Action Line and the Health Services Appeal and Review Board.

The following is a visual representation of this data. Skip this visual and jump to the data.
27%
Assessment/diagnosis/treatment
17%
Discharge/transfer/transitions
14%
Communication/engagement
13%
Quality of care
12%
Complaint process
9%
Access or admission
9%
Sensitivity/caring/respect
7%
Finance/cost
7%
Access to patient records
7%
Delay

The following is a visual representation of this data. Skip this visual and jump to the data.
25%
Access or admission
25%
Coordination/continuity
21%
Staffing/resources/services
19%
Discharge/transfer/transitions
16%
Communication/engagement
11%
Quality of care
8%
Oper­ational/proce­dural issues
8%
Sensi­tivity/caring/respect
8%
Staff skills
5%
Delay

The following is a visual representation of this data. Skip this visual and jump to the data.
25%
Quality of care
12%
Sensitivity/caring/respect
12%
Communication/engagement
11%
Assessment/diagnosis/treatment
10%
Alleged abuse
10%
Complaint process
10%
Visitation/no trespass
9%
Discharge/transfer/transitions
7%
Personal security/safety
5%
Finance/cost

* Percentages are based on the frequency a complaint type occurred in relation to the total number of complaints, totals will equal more than 100%. **including level of service

The subject of complaints varies across healthcare settings. The most frequent complaints about hospitals were about clinical care, discharge or transfer arrangements, and communication/patient engagement. While the standard of clinical care is primarily within the realm of the health professional colleges, hospital policies and staffing levels were often contributing factors in patient complaints.

How were complaints resolved?

The greater part of Patient Ombudsman’s work is focused on achieving an early resolution to complaints. Every complaint is different and many are complex with a mix of elements that are within Patient Ombudsman’s jurisdiction and other elements that fall under the authority of other bodies. Patient Ombudsman provided over 1,600 patients and caregivers with navigation assistance resulting in a total of 2,341 referrals. More than 600 people were reconnected with patient relations at their health service organization to continue to work on a resolution at the point of care. 90 complaints were withdrawn after this connection was made. Almost 750 patients and caregivers were referred to regulatory colleges, most frequently the College of Physicians and Surgeons of Ontario. Mandatory reports were made to the Ministry of Health and Long-Term Care in 29 cases in relation to allegations of abuse in long-term care homes.

Our business is complaints, and we believe it is important to walk the talk. We welcome feedback from patients, caregivers and health sector organizations about our services. Complaints give us important information about how we can improve the services we provide. In our second year, we received 14 complaints from patients and caregivers who were dissatisfied with their experience with our office.

Patient and caregiver complaints about their experience with healthcare provide important information about opportunities to improve care. Patient Ombudsman is committed to sharing information about the trends we observe to help to inform quality improvement efforts by health sector organizations. This year, we are spotlighting five issues based on clusters of similar complaints we received from multiple patients and caregivers. 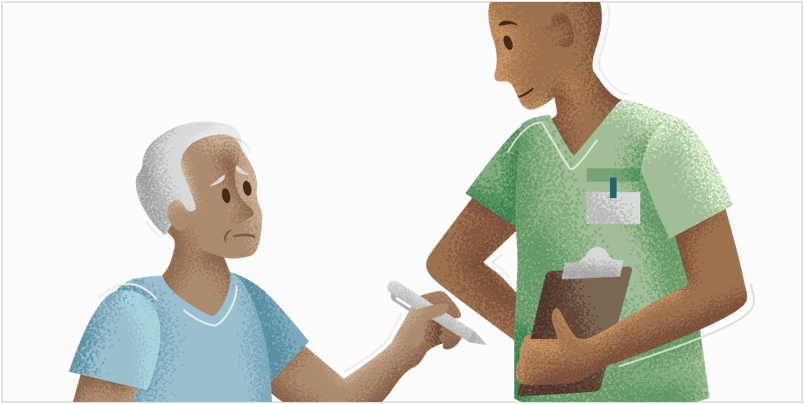 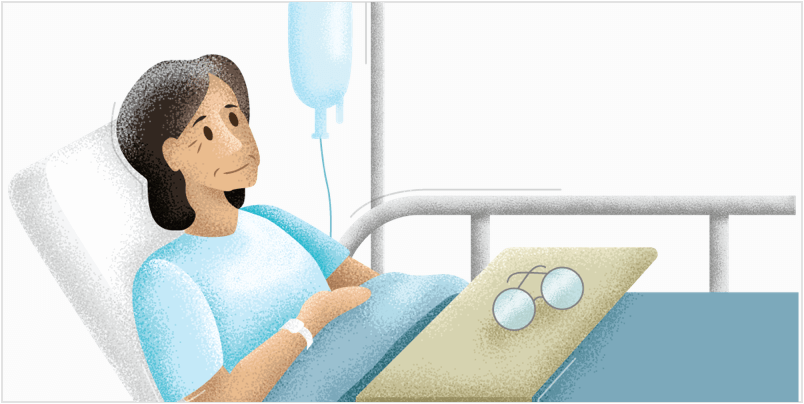 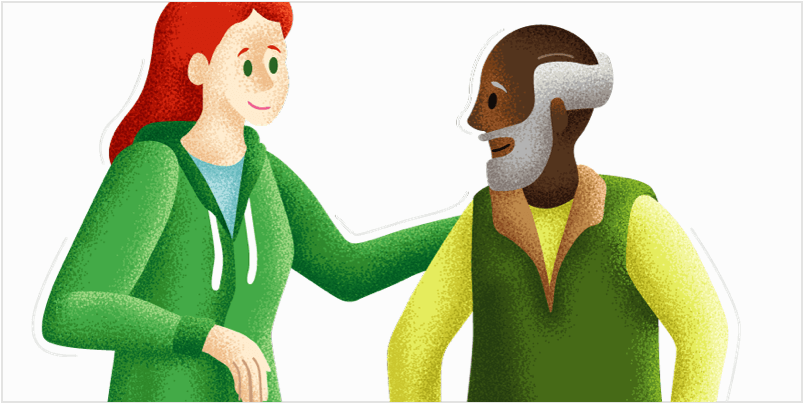 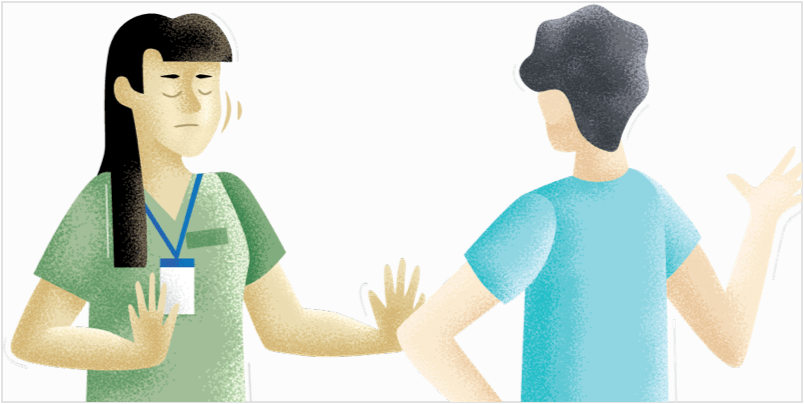 Ensuring ‘no trespass orders and visitation restrictions’ are fair 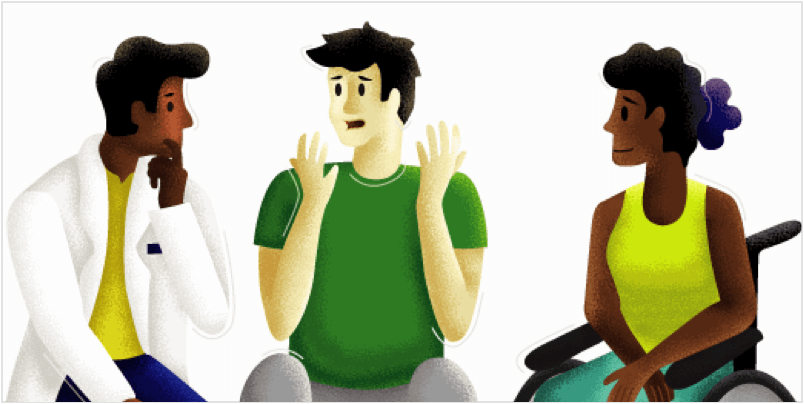 Fair access for Ontarians with mental health and addictions problems

Patient Ombudsman looks forward to continuing our work throughout our third year and beyond. We will continue to monitor and track the trends we see in complaints and share these issues with stakeholders in our healthcare system to both improve the quality of healthcare experiences for Ontarians and to ensure that these same concerns do not keep happening to patients and families.

Patient Ombudsman will continue to shine a light on new and emerging concerns we see and work with complainants and health sector organizations towards resolutions that are meaningful and fair.

Some complaints require a more rigorous approach and that is why we are refining our investigative tools and involving our investigators in cases that are complex and may require more resources.

Patient Ombudsman views our work as a service to all Ontarians. Because of this Patient Ombudsman is in the pursuit of constantly improving that service. Sharing more about how we work with tools like the Fairness Triangle and developing a Service Charter for complainants and health sector organizations will not only make our work more accessible but solidify a process that is fair for everyone.